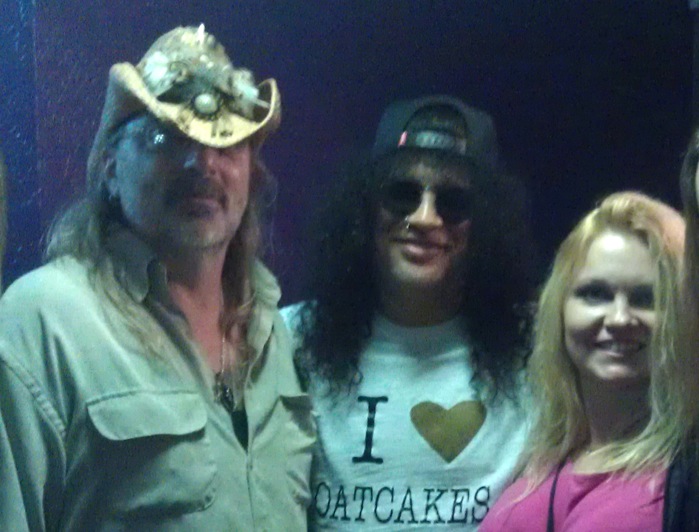 Michael Brandvold said, “Alan has been a special guest on my talk show Dropping The Needle a few times talking about the business behind Guns N’ Roses and we just hit it off. We started talking about the acts he is working with now, Chris Buck & The Big Horns and Storm of Perception, and it just seemed like the next logical step to help out. Heather Vincent-Niven comments, “We want to embrace the DIY movement with our bands and Michael really has a grasp on marketing bands online and creating a digital content strategy that connects with fans.”

Chris Buck & The Big Horns and Storm of Perception each recently released new albums and both are looking to discover more fans and deepen their connection with their fans.

About Tru-B-Dor and Alan Niven
Tru-B-Dor was formed formed by Alan and Heather Vincent-Niven to support recording artists who still believe in the album listening experience and who form audio statements to conform to that medium.

The label is non genre specific, being driven exclusively by talent. Aiming to present tomorrow’s music today, [i.e. music that stands the test of time], it is not intended for the mere ephemeral entertainer.

Heather Vincent-Niven is a Fine Artist. She has spent her life in The Arts, theatre and music. Her musical roots run deep into the mountains of West Virginia, and the traditions of her Bluegrass musician family.

About Chris Buck & The Big Horns
Chris Buck is a young Welsh guitar player who has already drawn some remarkable comparisons to Clapton, Slash and Stevie Ray Vaughn …. Slash himself has invited Chris to play on his stage.

“Postcards From Capricorn”, Buck’s debut, is an ad hoc recording made in Arizona with Jimmy Mack [b]; Michael Thompson [d]; and featuring Tony Montana on vocals.

Again the approach is analog in consciousness, and has a ‘live’ presence. The record represents some of the best blues rock guitar playing you’ll hear this year. If you’re into BCC, Free, or the artists previously mentioned, then you’ll not be disappointed.

About Storm of Perception
Storm are based out of the High Desert of Arizona, where they craft their powerful and organic music. In an age of Pro Tooled records and triggered drums, Storm record their music by actually providing performances. Compared to many, and unlike none, Storm cannot be confined to any genre, but if you threw Queen and Metallica into a blender you’d come close to replicating Storm’s sound.

The band’s debut record “Into The Sun” also comes with a bonus DVD – an introduction to the band and its home.

“First there was Black Sabbath. Then there was Guns n’ Roses. Now theres Storm of Perception. Prepare to be blown away.” – Mitch Lafon. P G A

Visit http://www.stormofperception.com/ for more information on Storm of Perception.